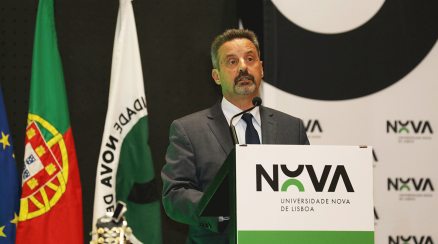 Professor João de Deus Santos Sàágua defended his Action Program within the scope of his candidacy for the position of the Rector of the Universidade NOVA de Lisboa in a public hearing that took place by videoconference / zoom on June 16, 2021.

After the General Council’s vote, Professor João de Deus Santos Sàágua was reelected as the Rector of the Universidade NOVA de Lisboa for the next four years, in accordance with the provisions of paragraph 3 of the Article 5 of the Electoral Regulation for the election of the Rector .

The inauguration will take place in September, on date to be announced.